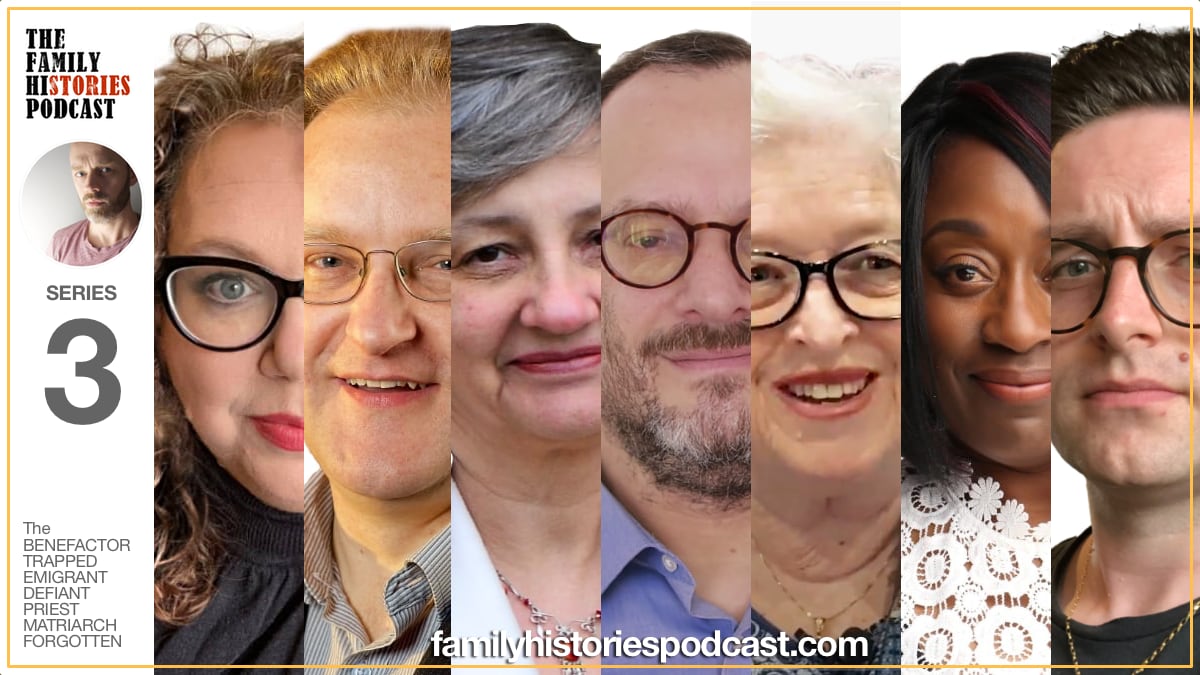 I can’t believe that Series Three of The Family Histories Podcast has already flown by! It feels like only a few weeks back that I was nervously reaching out to potential guests to try to lure them onto the show.

Once again, I am delighted to say that the Podcast has continued to grow and we’ve had some wonderful new feats;

I must give a huge thank you to my seven amazing guests – Denise Geelhart, Chris Paton, Helen Parker-Drabble, David Mendoza, Jill Ball, Yetunde Abiola, and Sheldon K. Goodwin who all very kindly (or bravely?) gave their time to accept and record an episode with me. I have the easy job – their brilliance is what makes these episodes successful, and I am very grateful to each of them for their input. I immensely enjoyed talking with each them, and I am very proud of the episodes we made.

Thank you also to John Spike for further appearances as the missing Hungarian poet and revolutionary Sándor Petőfi, Prince Sterling for his expert latin translation and performance, and Rafael Krux for our theme music. Thank you also to Stranger Things 4 for coincidentally also including a sinister ticking grandfather clock in their latest series – it really gives the time machine sequence a sense of foreboding – particularly the Series Three trailer!

Of course, a very important thank you goes to each and every listener – new, loyal, curious, or casual. Thank you for pressing ‘play’ and entering the little world of The Family Histories Podcast. Seeing the listener data, reviews, social media responses, and emails is a heartwarming bonus to making the show.

In the meantime, we have a cliff-hanger to resolve: just who is that intruder with a sword at the end of Episode Seven? How did he get there? The bonus episode is coming…

Please leave the show a rating or review - it helps others to discover the show.